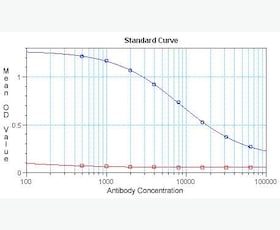 Fast track antibodies constitute a diverse group of products that have been released to accelerate your research, but are not yet fully characterized. They have all been affinity purified and show high titre values against the immunizing peptide (by ELISA). Fast track terms of use

This Fast-Track antibody is not yet fully characterised. These images represent inconclusive preliminary data.

Publishing research using ab10789? Please let us know so that we can cite the reference in this datasheet.

ab10789 has been referenced in 7 publications.