​​Prof. Gerd Kempermann and Prof. Luca Bonfanti share their thoughts and insight on the field of adult neurogenesis

Tell us about yourself and your research experience?

​Prof. Kempermann: I am a professor at Technische Universität Dresden and lead the Dresden site of the German Center for Neurodegenerative Diseases (DZNE), a national research center covering all aspects of neurodegenerative disease, from basic research to clinical and population-based studies. In Dresden, we focus on regenerative medicine and stem cell biology.

Prof. Bonfanti: After a PhD in Neuroanatomy and a postdoc at INSERM and University of Bordeaux, I became an Assistant Professor at the University of Turin, then upgraded to Associate Professor of Veterinary Anatomy in 2000. Since 2010, I am one of the coordinators of the Adult Neurogenesis group at the Neuroscience Institute Cavalieri Ottolenghi (NICO), a research center of the Turin University.

Since the beginning of my career, I have been studying brain structural plasticity and adult neurogenesis. More recently, I’ve started to develop a comparative approach to reveal differences in neuroplasticity among mammals.
​

What’s the focus of the research projects in your lab?

Prof. Kempermann: My primary interest is adult neurogenesis, the lifelong production of new neurons in the mammalian hippocampus. We focus on how adult neurogenesis is regulated by behavioral activity and how it contributes to brain function in health and disease. In the context of neurodegenerative disease, we are exploring how new neurons contribute to what is called the "neural reserve" or brain maintenance. In the past ten years, we have increasingly become interested in how individuals differ in that respect. We have found that individuality emerges, even when both genetic background and environmental influences are held constant.

Prof. Bonfanti:​ My lab is a part of the Adult Neurogenesis group at NICO, which addresses different aspects of brain plasticity and neurogenesis: the mechanisms driving adult neural stem cell division and fate in vivo, the relationships between adult neurogenesis and sexual behavior, the neurogenic potential of parenchymal astrocytes in experimentally-induced lesion models, the comparative neuroplasticity with the novel issue of “non-newly generated, immature” neurons. My team is currently involved in studying the phylogenetic variations in the rate/occurrence of adult neurogenesis and “immature neurons”, trying to understand the role of these latter in large-brained mammals.
​

Why is activity good for the brain, and what role does it play in cognitive aging?

Prof. Kempermann:  The old saying of “use it or lose it” is very true when it comes to the brain and cognitive aging, but we poorly understand the neurobiological basis for this fact. The core idea is that genetic and environmental factors, together with behavioral activity, build up the ability to cope with the challenges of cognitive aging. Activity is associated with often lasting changes at the molecular, cellular, and network level, both structurally and functionally. Adult neurogenesis is a prime example of this, as it is activated by behavior and leads to lasting network changes.

Prof. Bonfanti: The discovery of stem cell niches in the mammalian brain was surely one of the most striking breakthroughs in neuroscience. Yet, I think that their potential role in brain repair has been overestimated since adult neurogenesis seems to aim at maintaining plasticity, granting learning, and adaptation to the changing environment. Indeed, it appears to be mainly linked to very young ages – especially, in humans, who are relatively long-lived and, more generally, in large-brained mammals. I agree with a recent theory considering adult neurogenesis in mammals as a tool for the brain to delay and complete the postnatal development of some regions/neural circuits based on external stimuli.
​

How does genomics inform your research? What kind of methods do you use?

Prof. Kempermann: To tackle the complexity of our research question, we have to use tools from systems biology, including but not limited to genomics. In fact, in many studies, our research has become based on multi-omics approaches that require advanced biomathematical and computational tools. But I have always been interested in how environment and behavior as drivers of plasticity are complemented by the underlying genetics. For example, we have done studies on adult neurogenesis in more than 70 mouse strains that build a so-called genetic reference population to use genetic tools for finding key molecular regulators of adult neurogenesis.
​

What is the most exciting area of neurogenesis and brain developmental biology right now, in your opinion?

Prof. Kempermann: Our growing insight into adult neurogenesis in humans is very exciting and important to our field. I also find it promising that a large multi-disciplinary initiative has been established to understand brain resilience and reserve mechanisms. And for me, the emerging neurobiology of individuality is a key step that helps to fill a gap in our understanding of the brain. We have neglected for too long just how much variability there is. And I believe that this variability is a direct consequence of the key feature of the brain being plastic.
​

What is the future of neurogenesis research, in your opinion?

Prof. Bonfanti: Firstly, adult neurogenesis and brain structural plasticity should be taken into account to set preventive interventions, and to a lesser extent, to search for therapeutic approaches. Secondly, we need to expand our comparative approach of neurogenesis in mammals, since a widened view, including evolutionary aspects, can provide cues to its functional significance, including remarkable differences between mouse and humans (a still largely underestimated aspect). Finally, new forms of plasticity should be explored, such as the “immature” neuron populations, which might represent an adaptation of neurogenic processes to brain regions that cannot host stem cell niches and neuronal cell division (eg, the cerebral cortex). I will address the latter issue in my talk at the Adult Neurogenesis digital conference.
​

As Editor-in-Chief for the Frontiers in Neurogenesis journal, what advice would you give to scientists about writing an effective paper?

Prof. Bonfanti: I think the way authors write their papers is very personal and that there are no specific rules. The over-interpretation of the results should be avoided. I frequently read articles published in high-impact journals showing very good results that are misinterpreted in the discussion. Another problem in the field is the reproducibility of results, especially in some very complex papers, using technologically advanced approaches.
​

How has your research been affected by the pandemic and recent lockdown?

Prof. Kempermann:  We have been very fortunate by the timely decisions of our Government as well as the university and the DZNE. The city of Dresden has experienced the lockdown with all its problems but has not been hit hard by the pandemic. We could slowly return to some normality, which, however, given the situation in the world, is actually far from what we have been used to. So there are many challenges ahead, also how we will organize science in the future.
​

Do you think the pandemic will change the way scientists work, collaborate, and share their research in general?

Prof. Kempermann:  I think yes, and this is already becoming apparent at many spots. In one sense, the pandemic has further fostered the unity of science. Science is acting globally and essentially collaborative. So I think, or at least I hope, that this boost in openness and sharing mentality will prevail. Of course, there will be many new challenges. Inequality in research opportunities across the world might increase, not just because of the pandemic but also for other reasons coinciding with the pandemic.
​

What are your thoughts on digital vs in-person events? Do you think that hybrid events could become the ‘new normal’ in the future?

Prof. Kempermann: Some meetings work quite well in an online format, especially those, where the main purpose is either mere information or a very structured discussion of something. I have heard excellent presentations online, and so many more of them have become available. I think this is a positive change in culture. I could attend a meeting of PhD students in Sao Paulo and interact with the students. That would not have been possible without unrealistic effort in the physical world. We will try to foster that same spirit also during our short online meeting this fall.
The large virtual conferences, however, did not convince me. While discussions sometimes benefit from a pre-screening of questions, the sessions can also become rather static, and the meetings can lose coherence. But certain things just don’t work online, like poster sessions, coffee breaks, and other socializing. The casual passing and coincidental chats don’t happen online. I fear that we will have to develop new tools for networking beyond what the internet can provide.

Prof. Bonfanti: ​My feeling is that personal contacts cannot be easily replaced by online meetings. On the other hand, digital events allow more people to participate, also cutting down the costs for moving across continents. Hence, yes, I think that hybrid events could become a good solution in the future.
​

What do you anticipate to gain from the Adult Neurogenesis event on October 6?

Prof. Kempermann: We have a list of four very exciting, strong speakers, covering rather different aspects of the field that are currently under discussion. I hope that the short one-afternoon event will help to keep the fire burning and support the sense of community in our field. The much larger physical meeting that was supposed to take place will be held one year later. That is a long time.

Prof. Bonfanti: ​I’ve always learned a lot when attending this meeting. What I expect from this year's edition is a new way to look at this research field, since in the last few years many reports revealed new findings that, in my view, have re-opened many questions, giving new energy to this fascinating topic.

Learn more or register for our upcoming live Adult Neurogenesis event on October 6, 2020.​ 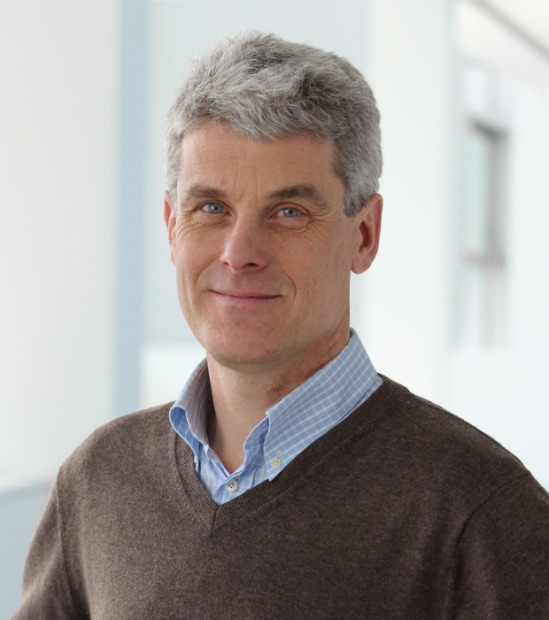 Prof. Kempermann heads the German Center for Neurodegenerative Disease (DZNE) Dresden and is a Professor at the Center for Regenerative Therapies Dresden at TU Dresden in Germany.

His work focuses on three key areas - the function and activity-dependent regulation of adult hippocampal neurogenesis; the neurobiology of individuality; and the neurobiological foundations of lifestyle-dependent resilience and reserve formation in healthy cognitive aging.

After studying Medicine in Cologne and Freiburg, Prof. Kempermann began his career in the lab of Fred  H. Gage at the Salk Institute in La Jolla before moving to work as a clinical neurologist in Regensburg. From 2000-2007, he led a group at the Max Delbrück Center for Molecular Medicine in Berlin before moving to Dresden.

In 2008, he received the GlaxoSmithKline Neural Stem Cell FENS Research Award for his contributions to our understanding of the biology of neuronal stem and progenitor cells in the adult brain and in 2011, he was awarded the BMA Medical Book of the Year for ‘Adult Neurogenesis 2, Stem cells and neuronal development in the adult brain’. 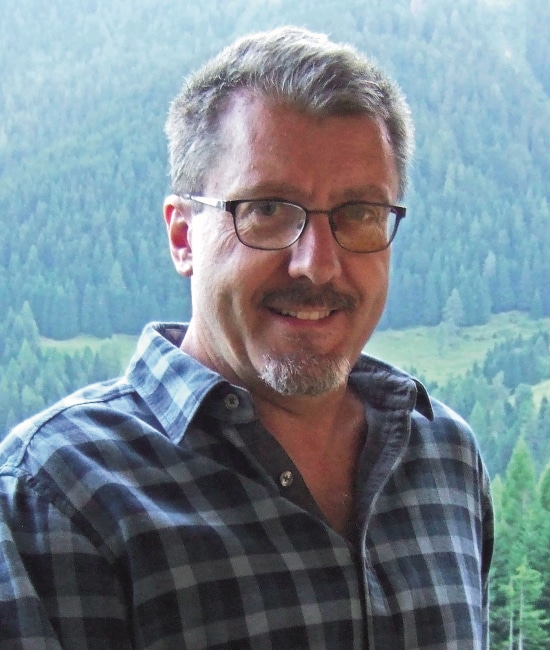 Since the beginning of his career, Prof. Bonfanti has studied brain structural plasticity and adult neurogenesis. More recently, he has started to develop a comparative approach to reveal differences in neuroplasticity among mammals.

Prof. Bonfanti graduated in Veterinary Medicine from the University of Turin. After a PhD in Neuroanatomy and a postdoc at INSERM and University of Bordeaux, he became an Assistant Professor at the University of Turin before becoming an Associate Professor of Veterinary Anatomy in 2000. Since 2010, he is one of the coordinators of the Adult Neurogenesis group at the Neuroscience Institute Cavalieri Ottolenghi (NICO), a research center of the Turin University. He has been a visiting professor at Northeastern University (Boston, USA) and the Editor-in-Chief of Frontiers in Neurogenesis since 2011.