Mitophagy is the selective removal of damaged mitochondria by autophagosomes and their subsequent catabolism by lysosomes. Learn the role of PINK1, Parkin, and the autophagy machinery in the mitophagy pathway with our interactive poster. 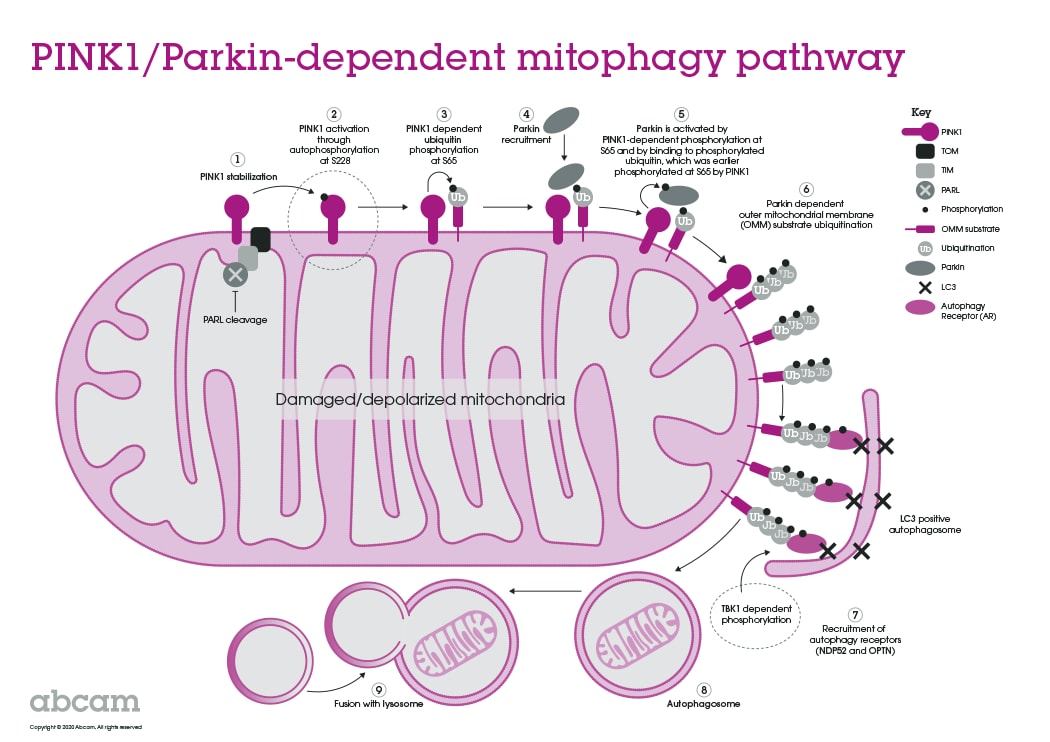 Role of Parkin in the mitophagy pathway

Precursor proteins follow different sorting pathways. The insertion of proteins with internal signal sequences to the inner membrane (IM) is mediated by the carrier translocase of the IM (TIM22 complex). Matrix-targeted and inner membrane-sorted pre-proteins with cleavable N-terminal presequences are directed to the translocase of the IM (TIM23 complex). Translocation of pre-protein domains across the IM requires ATP-driven pre-sequence translocase-associated motor (PAM).

A small number of IM proteins are encoded by mitochondrial DNA. Oxa1 is the main insertase and, together with Mdm38 and Mba1, binds ribosomes and inserts proteins into the IM. Intermembrane space proteins (IMS) with cysteine motifs require the machinery for import and assembly (MIA) in the mitochondrial IMS.

Mitochondria exist in a dynamic network within living cells, undergoing fusion and fission events that facilitate IM and OM fusion and the exchange of organelle contents.

Mitochondrial fission requires a local organization of Fis1 and recruitment of GTPase DRP1 for assembly of the fission machinery that subsequently leads to membrane scission.