Dr. Gonçalo Castelo-Branco shares his thoughts and insight on the field of neuroepigenetics

Don't miss our Epigenetics in the Nervous System live webinar on October 14, 2020.

Why should scientists attend Abcam’s upcoming ‘Epigenetics in the Nervous System’ event on October 14?

​There are several exciting areas emerging in Neuroepigenetics and the meeting’s program covers many of them – from new technologies in the single-cell space, novel histone modifications, and insights into how chromatin architecture affects neural activity and expression, to the impact of DNA methylation and mutations at histone tails in neurological diseases as Alzheimer’s disease and gliomas. And for those interested, there is also the EMBO Neuroepigenetics meeting happening a few weeks later, with a very complementary program that is more focused on epigenetics neurodevelopment.
​​​

Can you tell us more about your career to-date?

My name is Gonçalo Castelo-Branco, I am an Associate Professor and Group Leader at the Karolinska Institute in Stockholm, Sweden. I did my undergraduate in Biochemistry in Portugal (at the University of Coimbra, with a short spell in Porto), then I moved to Stockholm where I defended my PhD on dopaminergic neuron development, Wnt signalling and Parkinson’s disease at the Karolinska Institute. I also did my first post-doc in Stockholm, focusing on epigenetics and neural stem cell differentiation into oligodendrocytes. Then our family moved to Cambridge, UK, where I did a second post-doc on epigenetics and pluripotency at the Gurdon Institute. I was awarded a grant from the Swedish Research Council to start my research group in Sweden and moved back to the Karolinska Institute in 2012. Since then, our group has focused on the biology of oligodendrocyte lineage cells during neural development and in multiple sclerosis.​

The pandemic has changed the way scientists work. How has it affected the way you work, collaborate and share your research?

We considerably reduced our lab activity during the peak of the pandemic in the spring, with the vast majority of our group working from home for long periods. We have been returning to a higher level of activity since the end of the summer, with more work in the lab and hybrid lab meetings (i.e. half of the lab joining online, the other half in-person).

​We’re still holding a lot of online meetings, but they don’t replace the in-person meetings or spontaneous discussions in the corridors or by the coffee machine (although I don’t drink coffee…). It’s a ‘new normal’ with several challenges, in terms of social interactions within the group and with other labs, reduced productivity and networking, uncertainties in career transitions and funding (e.g. the current budget prospects for Horizon Europe and European Research Council). But hopefully the ‘new normal’ will also bring positive developments, such as the recognition of the importance of basic science and its long-term reach, improvement of the work-life balance in science and new forms of interactions.

What are your thoughts on digital vs. in-person events? Do you think that hybrid events could become the ‘new normal’ in the future?​

I have been co-organizing the conference “Developing Brains” every year for the last 7 years with colleagues at the Karolinska Institute. This year’s edition was online for the first time. It went very smoothly, and it was positive that we were able to reach a much wider audience, who under normal circumstances wouldn’t have been able to participate.

I think that in-person events have several advantages, such as spontaneous networking, discussions, brainstorming, new collaborations, all of which I think are essential for progress in science, and that can be difficult to achieve online. But the in-person events can also have their limitations. For example, many scientists are often not able to join due to the time spent travelling, which can be incompatible with family life. There are also the costs of registration, travelling and accommodation which can sometimes be prohibitive, not to mention the impact of flying on the climate. In general, I do think that hybrid conferences will indeed become more standard, which can be one of the positive developments that might emerge in the post-pandemic period.
​​

What research does your lab focus on?

One of our main focuses are oligodendrocytes, which are glial cells in the central nervous system. Previously, they were thought to be homogenous and to have one main function - producing myelin, a lipid-rich layer that insulates neuronal axons and allows for the fast transmission of electrical impulses by neuronal circuitry. Using single-cell transcriptomics, our group has found that oligodendrocyte lineage cells are actually heterogenous at a transcriptional level during normal development.

We also found that in context of multiple sclerosis, oligodendroglia can transition to immune-competent states. We are currently investigating the functional significance of this in homeostasis and in disease for these distinct oligodendroglia cellular states. We are also very interested in understanding the molecular mechanisms mediating transitions between these states, applying single cell epigenomics such as scATAC-Seq, scCut&Tag and other related technologies.
​​

Why is the interplay between gene regulation and genome architecture important?

We have known for many years that regulatory regions distant from genes can modulate their transcription, for example enhancer regions that are important for transcriptional gene activation. The recent development of technologies such as HiC, GAM and HiChIP, among others, that can chart chromatin architecture in distinct cell types, has allowed a deeper understanding of the importance of 3D genome conformation in gene activation or repression.
​ ​

What is your future vision for epigenetics therapies for diseases such as multiple sclerosis?

In recent years we have started to understand the role of DNA methylation and histone modifications in more detail, in terms of modulating key cellular states in multiple sclerosis. Also, many compounds have been developed that can inhibit or increase the activity of enzymes and other proteins that modulate epigenetic modifications. Some of these compounds are already being tested in clinical trials, for instance in cancer, and might be also beneficial for the treatment of neurological diseases as MS.

One of the potential challenges of these novel therapies could be the putative side-effects of these compounds, due to their activity in other organs. I think that the advent of CRISPR/Cas9 based approaches might be able to precisely target the activity of the enzymes modulating epigenetic modifications in the right cell type, organ and/or time point during the course of a particular disease.

Learn more or register for our upcoming live Epigenetics in the Nervous System event on October 14, 2020 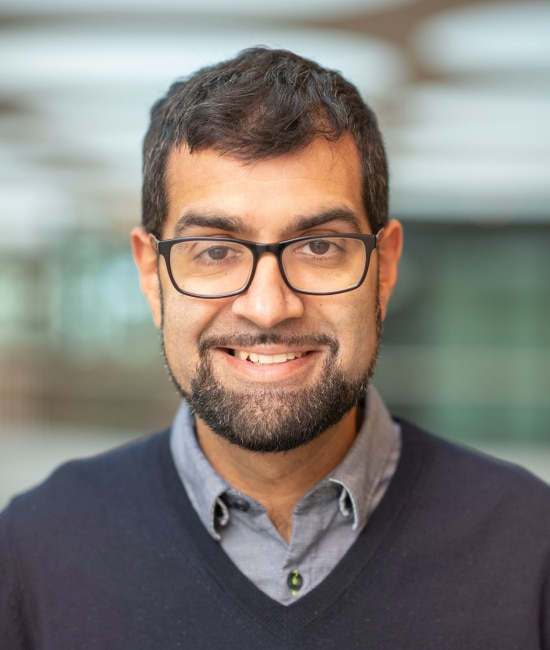 Dr. Gonçalo Castelo-Branco is an Associate Professor of Neurobiology at Karolinska Institute in Stockholm.

Dr. Castelo-Branco’s research group focuses on the molecular mechanisms regulating the epigenomic states of oligodendrocyte lineage cells in neuroinflammatory and demyelinating diseases. His long-term goal is to build a solid platform of convergent knowledge and know-how on the epigenetics of (re)myelination and neuroinflammation.