Mitogen‑activated protein kinase (MAPK) cascades are key signaling pathways that regulate a wide variety of cellular processes such as proliferation, differentiation, apoptosis, and stress responses under both normal and pathological conditions1.

In many cancers, these pathway members are often either deregulated or mutated.

This pathway poster explores the ERK cascade, consisting of RAF at the MAPKKK layer, MEK1/2 at the MAPKK layer, and ERK1/2 at the MAPK layer. The other three Eukaryotic MAPK cascades consist of JNK, p38MAPK, and ERK5 pathways. 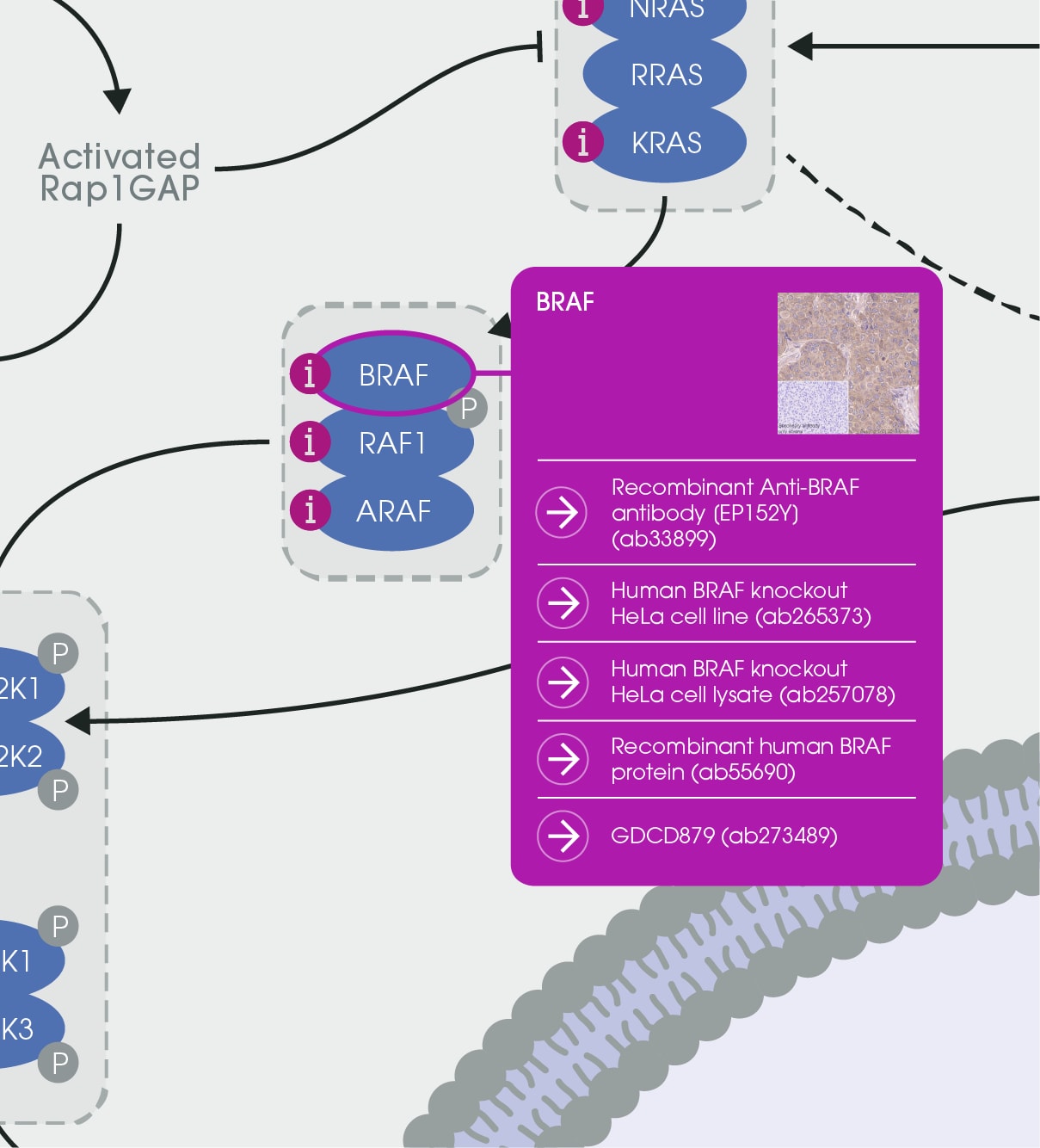