The transforming growth factor beta (TGF-β) proteins are cytokines that are critical during the development and homeostasis of somatic tissue and whose downstream signaling regulates tumor progression. View our interactive TGF-β signaling pathway and find the products that will help your research.

An overview of TGF-β signaling

The TGB-B pathway has been shown to orchestrate various cellular processes, including cell growth, differentiation, cell migration, invasion, and extracellular matrix remodeling. The pathway and its components are deregulated in many cancers. ln normal cells and early-stage cancers, TGF-β signaling suppresses tumor formation by inhibiting cell growth and apoptosis. But as cells become resistant to these anti-growth effects through acquiring mutations in TGF-β and its downstream effectors, TGF-β signaling can act as a tumor-promotor.

The TGF-β family is broadly divided into two sub-families, TGF-β ligands and bone morphogenic protein (BMP) ligands, based on their homology, receptor binding, and activation of the SMAD family of transcription factors. TGF-β signaling is induced by ligands, serine/threonine protein kinases, binding to its cognate cell membrane receptors. The cell membrane receptors are classed as type I or II receptors. The type II receptors are constitutively active. Upon ligand binding, they are brought into proximity to type I receptors to phosphorylate and activate them.

In canonical signaling, receptor activation induces the C-terminal phosphorylation of SMADs. The phosphorylated SMADs then form a complex with a co-mediator SMAD, SMAD4, that is translocated to the nucleus where it binds to gene promoters. In co-operation with different TFs and co-factors, these complexes control the transcription of hundreds of genes. The SMADs also activate transcription of genes encoding the inhibitory SMADs, SMAD6 and 7, initiating a negative feedback loop to inhibit signaling.

Non-canonical signaling refers to the activation of other signaling pathways after TGF-β receptor ligation. These include the MAPK (ERK, p38, and JNK), PI3K/Akt, and Rho GTPase pathways.

What to expect from our TGF-β pathway poster? 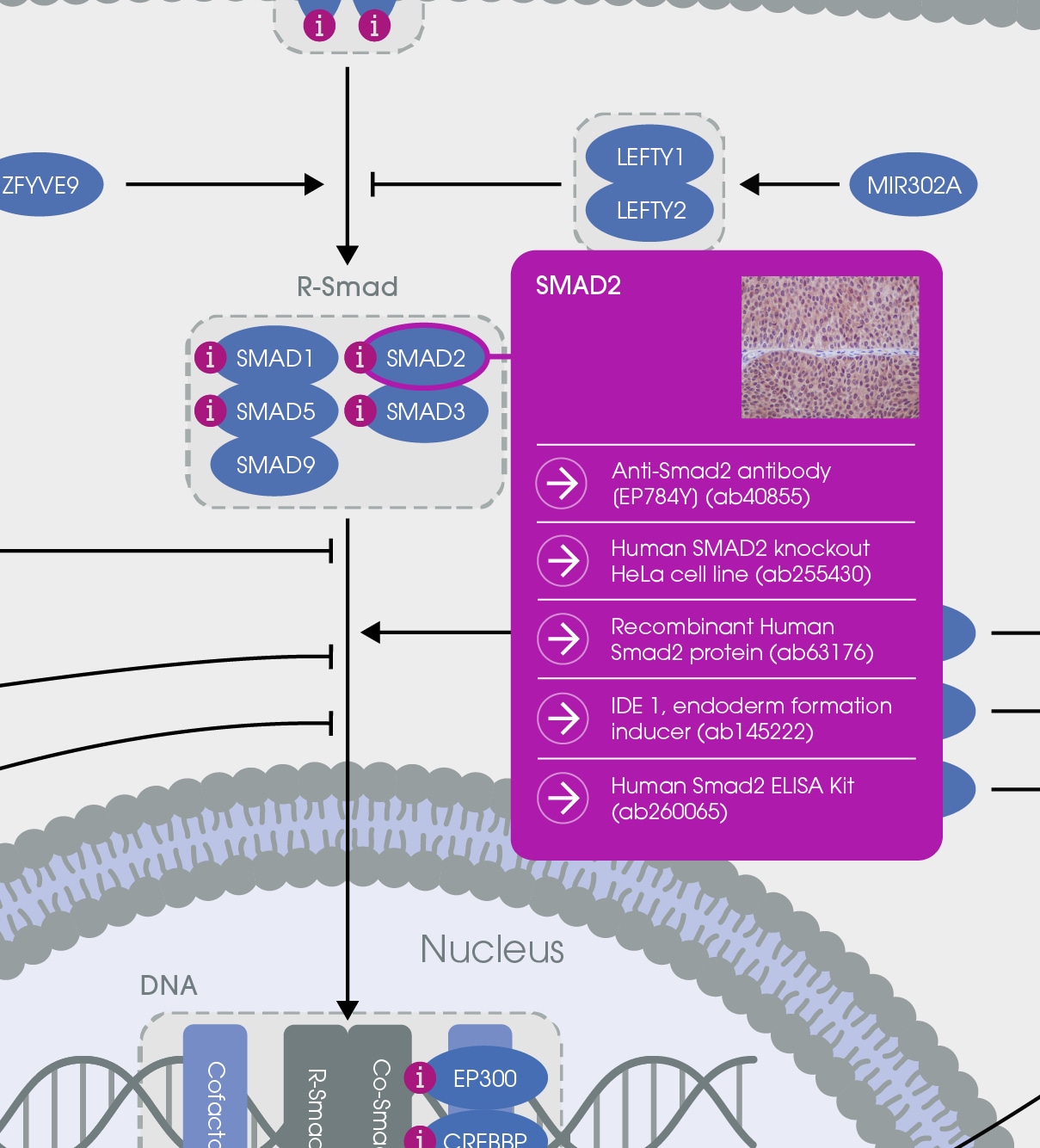