Explore VEGF signaling pathways and find reagents for your next experiment.

​​VEGF signaling plays a key role in the formation and growth of blood vessels. During the formation of new blood vessels, VEGF is implicated in the induction of gene expression, regulation of vascular permeability, and promotion of cell migration, proliferation, and survival.

VEGF signaling is induced by the binding of VEGF ligands to their cognate membrane-bound receptors, which results in the activation of multiple downstream pathways.

For a complete guide to VEGF and angiogenesis products visit our VEGF portfolio. 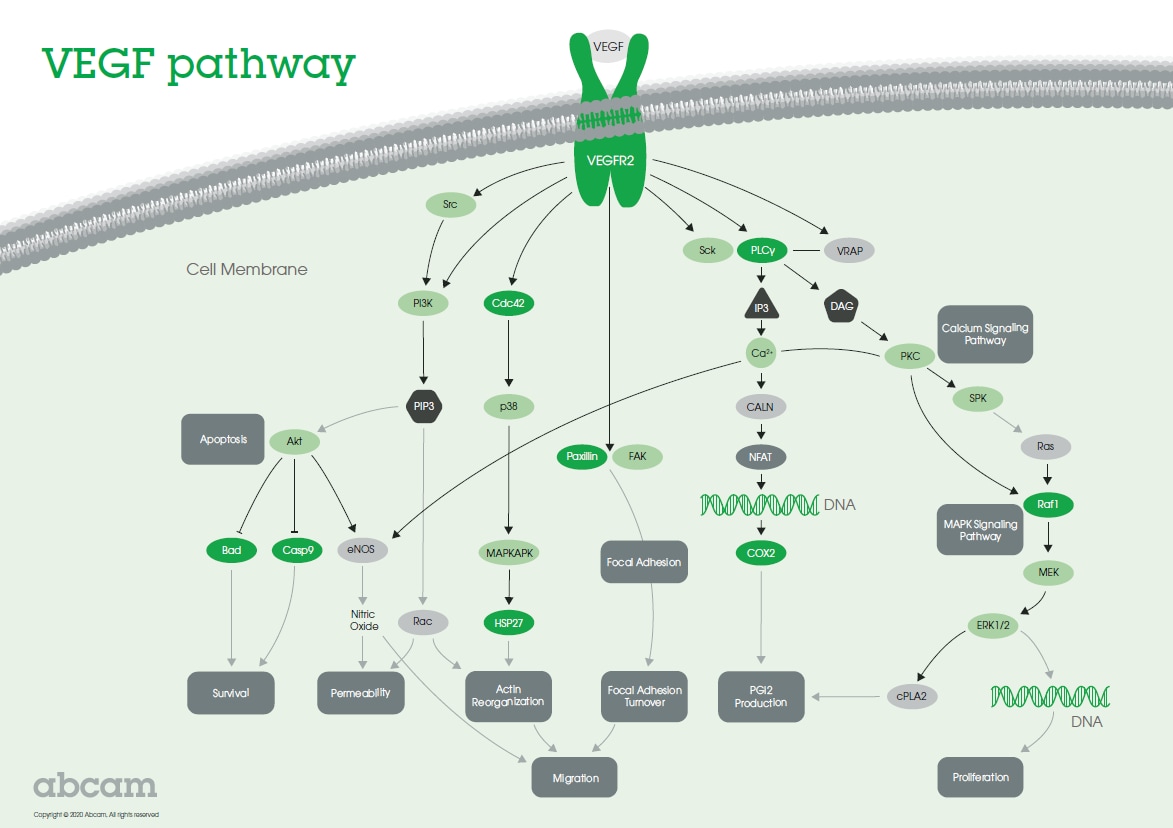 VEGF in vascular pathology and neurodegeneration

VEGF signaling is essential for normal vascular development and homeostasis. However, under pathological conditions, high levels of VEGF may induce the formation of pathological vessels through angiogenesis. Thus, VEGF signaling is induced after an ischemic stroke or upon CNS injury and may cause cerebral angiogenesis, increased blood-brain barrier permeability, and dysfunction1.

VEGF is also implicated in neurodegeneration and may play a neuroprotective role in Alzheimer’s disease (AD)2. VEGF expression is reduced in AD, which was demonstrated both in the patients' serum in vivo3 and in cerebral capillaries in post-mortem brain tissue4. Treating APP transgenic mice with VEGF can reduce memory impairment and beta-amyloid deposition5. Furthermore, elevated VEGF levels in cerebrospinal fluid are associated with more optimal human brain aging in vivo. The neuroprotective effect of VEGF appears strongest in AD biomarker–positive individuals, particularly those who are tau positive6.