Learn about what makes fluorophores so versatile and how you can take advantage of their incredible properties.

Fluorophores (or fluorochromes) are commonly used in conjugation with antibodies as detection reagents in applications such as flow cytometry. Fluorophores can absorb and emit light within a range of wavelengths, normally referred to as the absorbance (excitation) and emission spectra. 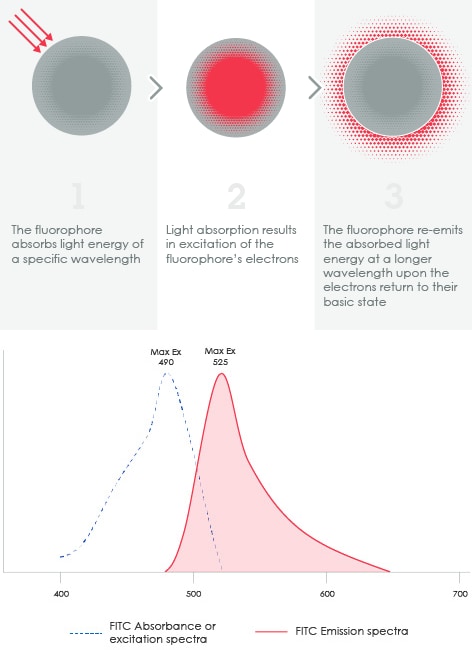 Click here to learn more about the changes that fluorophores undergo upon excitation. 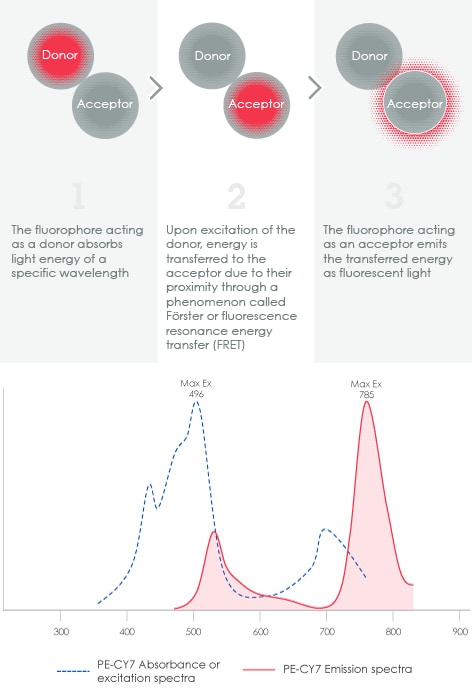 Figure legend. Top: Excitation and emission fundamentals of tandem dyes. 1) The fluorophore acting as a donor absorbs light energy of a specific wavelength. 2) Upon excitation of the donor, energy is transferred to the acceptor due to their proximity through a phenomenon called Förster or fluorescence resonance energy transfer. 3) The fluorophore acting as an acceptor emits the transferred energy as fluorescent light. Bottom: Excitation and emission spectra of PE-Cy7.

Using tandem dyes, a single laser can excite several fluorophores, which are measured by different detectors. For example, Alexa Fluor® 488, PE, PerCP-Cy5.5 and PE-Cy7 are all excitable with a blue laser (488 nm). However, they will produce green, yellow, purple and infrared emissions respectively. 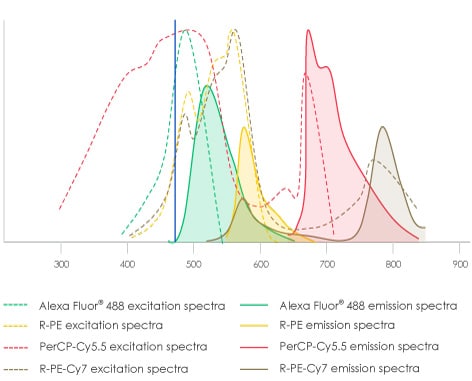 Here are some hints and tips on how to handle tandem dyes: