A brief review of the role of mast cells in atherosclerosis. Kindly provided by Guo-Ping Shi, Sc.D.

Mast cells are known primarily as essential effector cells in the elicitation of allergic responses. Their appearance in human atherosclerotic lesions was first recognized by Dr. Paris Constantinides more than half a century ago (Constantinides, 1953).

An increase in the number of mast cells in atherosclerotic lesions with variable focal accumulations was later proposed with the progression of human atherosclerosis. Normally, carotid arteries contain only very few mast cells within the adventitia. However, from the earliest stages of atherosclerosis, mast cells are found in the fatty streak and abundantly in close association with lesion macrophages

An important feature of mast cells is their ability to release the content of their cytoplasmic granules extracellularly upon activation by stimuli such as IgE, complement components, as well as viral and bacterial pathogens. Activated mast cells secrete large amounts of chemotactic molecules, inflammation activators and soluble granule remnants, including cytokines, chemokines, and mediators such as histamine, tryptase and chymase, which may mediate or modulate atherogenesis (Table 1).

In addition, activated mast cells nonspecifically bind to low-density lipoproteins (LDL), which can be phagocytosed by macrophages to form foam cells, a major cellular component of advanced human atherosclerotic lesions (Metzler and Xu, 1997). Thus, mast cells exhibit a variety of functions that might modulate atherogenesis in vivo.

Mast cell-derived basic fibroblast growth factor (bFGF) may act in a similar manner to induce endothelial cell expression of ECM-degrading proteases, which results in a positive correlation between the number of bFGF-positive mast cells and microvessels in human coronary plaques (Lappalainen et al., 2004).

Mast cells regulate the behavior of SMCs most likely through their secreted mediators (Figure 1). For example, histamine, bFGF, TGF-β and PAF released from mast cells can activate SMC surface receptors and accelerate their migration and proliferation (Inoue et al., 1996; Toda, 1987).

​​​Mast cells also present in antigens to T cells, resulting in their activation in either a MHC class I- or MHC class II-restricted and co-stimulatory molecule-dependent fashion (Malaviya et al., 1996; Mécheri & David, 1997). In addition to T cells, monocytes and neutrophils can also be recruited by mast cells through secretion of chemokines such as MCP-1 and IL-8. Therefore, mast cells are considered to be a central regulator for different cell types in human atherosclerotic lesions.

Proof of concept with animal models

In an apolipoprotein E-deficient (Apoe-/-) mouse model of atherosclerosis, mast cell activation with dinitrophenyl-albumin (DNP) enhanced the size of atherosclerotic lesions in mice by more than 50% (Bot et al., 2007). In contrast, such an increase of atherosclerosis was absent when DNP-treated animals were further treated with the mast cell stabilizer cromolyn.

Consistent with a prior hypothesis (Leskinen et al., 2006), degranulated mast cells or the mast cell components histamine and tryptase promoted macrophage apoptosis. Furthermore, increased atherosclerosis in DNP-treated mice was not due to changes in other immune cells, including neutrophils, monocytes, lymphocytes. Thus, activated mast cells appear to have a specific contribution to atherosclerosis independently of other inflammatory cell types.

The release of mediators from mast cell granules is a common pathological event during allergic responses. Consequently, mast cell stabilization has become the main treatment for patients with allergic symptoms.

We have recently demonstrated that cromolyn prevents aortic elastase perfusion-induced abdominal aortic aneurysms (Sun et al., 2007). Based on the data from these different animal models, we anticipate that mast cell stabilizers may have applications for other diseases than just allergies.

Activated mast cells contribute not only to allergic and vascular diseases, but also to multiple sclerosis, rheumotoid arthritis, cancer, and probably many other untested diseases (Leslie, 2007). One important feature of the mast cell-derived mediators listed in Table 1, is their ability to act uniquely in different diseases, i.e. one mediator may be critical to one disease but not another.

Table 1: Selected mediators produced by or released from mast cells. 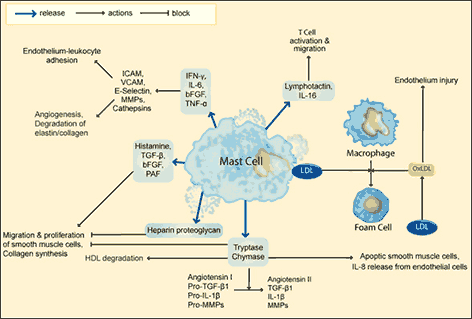 Figure 1: Participation of mast cells and their mediators in atherosclerosis.