Listen in as  Professor Thierry, Research Director Emeritus at the Institut Gustave Roussy Comprehensive Cancer Center, discusses a number of studies supporting the concept that EMT contributes to tumor progression.

Hover over the video and click the top left button to jump to a specific chapter. 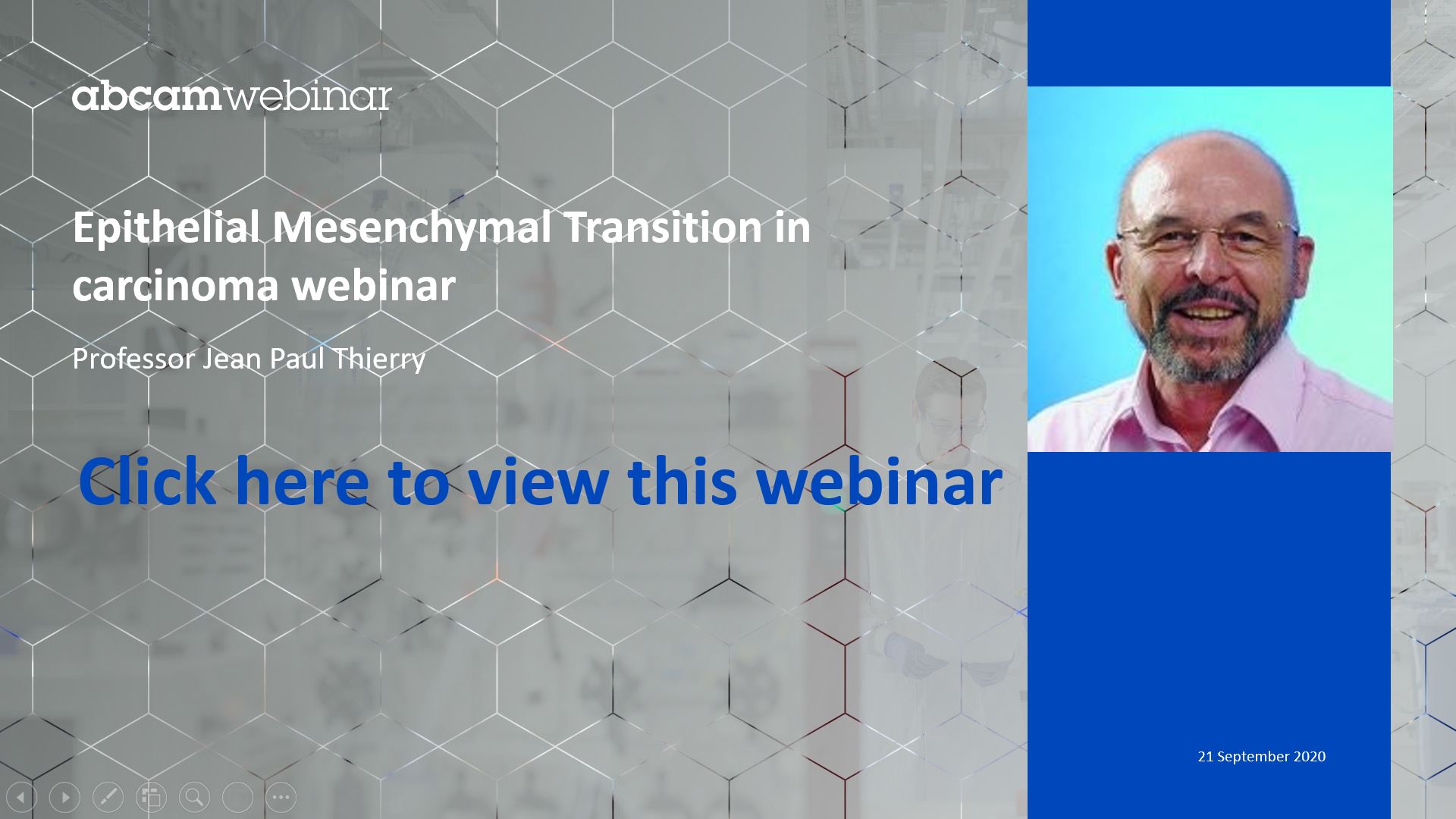 Jean Paul Thiery is currently Research Director Emeritus at the Institut Gustave Roussy Comprehensive Cancer Center at Villejuif, and at the CNRS unit Matter and Complex Systems in Paris, France, as well as a Visiting Professor at the School of Medicine of National University of Singapore (NUS), and at CCBIO University of Bergen, Norway.

Jean Paul serves as a Scientific Advisor of the Dean of Medical School NUS, Singapore, and in a number of other Institutions worldwide. He was until June 2015, Professor and Head of the Biochemistry Department, School of Medicine  at NUS. He has also served a joint appointment as Research Director at IMCB A*STAR Singapore, and Senior Principal Investigator at the Cancer Science Institute at NUS.

After his PhD studies at the University of Paris, Jean  Paul completed his postdoctoral research with Gerald Edelman (Nobel Laureate) at the Rockefeller University, where his studies led to the discovery of N-CAM- the first intercellular adhesion molecule to be identified. In 2006, Jean Paul moved to Singapore from his position as Head of Translational Research at the Medical Division of the Comprehensive Cancer Center of Institut Curie in Paris, and before that, Head of the Cell Biology Department at the Institut Curie until 2003. His influential works include pioneering studies in cell adhesion and migration in early embryogenesis and in elucidating the roles of growth factors and adhesion signaling molecules in Epithelial-Mesenchymal Transitions (EMT).

Jean Paul is credited as the first to propose that EMT control invasion and dissemination while the reverse process, MET, is required for the development of clinically detectable metastases in carcinoma. His current research’s focus is to unravel the mechanisms of invasion and metastasis of carcinoma cells, while his seminal contributions to bladder carcinoma studies have led to the discovery of the molecular mechanisms underlying the formation of superficial or invasive tumors. Currently, his research is focusing on oncogenomics and the creation of functional approaches to characterize bladder, lung breast, and ovarian carcinoma progression- with the ultimate goal to apply EMT-based therapeutic approaches in the near future.

Jean Paul is an EMBO and Academia Europea member. He has been made Chevalier (Knight) in the order the Legion d’Honneur , the highest distinction in France, in 2009.